Skip to content
***Find more on SEA PIG below***

What is a sea pig?

Is it a real pig, or is it something else?

What is the sea pig scientific name?

Scotoplanes globosa, also known as the sea pig, is not actually a pig at all. In fact, it’s a member of the Elpidiidae family, which makes it a sea cucumber.

Scotoplanes may actually be a sea cucumber, but its resemblance to pigs earns it the nickname most people know it by. These weird, cute little creatures almost look like aliens, too, as they scuttle along through the ocean.

If you’ve ever wanted to find out more about sea pigs, now’s your chance to get started!

The sea pig is a fascinating creature that looks like it came from another planet. But why is it called a pig? If it lives in the ocean, there’s no way it could be related to actual pigs, right? Check out this section to find out more about this creature’s name and appearance so you can figure out just why it’s called a pig.

Sea Pigs: Why are they called… pigs?

The pig of the sea is called this because, when it was first observed, it was noted to have a lot of similarities to pigs. It isn’t really related to pigs at all, however, but the name stuck anyway. This animal is a sea cucumber that lives in the ocean and isn’t biologically similar to pigs in any way.

Although it may be called a pig sea pigs also look a bit unnatural. They do look like pigs, but also like aliens. However, they have roundish bodies that are a little on the pudgy side, and they are pink in color just like a pig. They walk around on the ocean floor and generally look like a pig moving—even though they also have big, long tentacles sprouting out of their bodies!

The sea pig’s similarities to pigs aren’t as great as its differences. Its long body is actually only about, on average, five inches in length, meaning you could hold it in one hand if you wanted to. And the sea pig’s mouth—which looks like it’s got a bunch of antennae or feelers coming out of it—is actually lined with tiny additional feet that help it walk along the ocean floor looking for food. The body of the sea pig can sometimes be covered in parasites, and some individuals may look almost transparent with their very thin pale pink skin.

Sea Pigs: Where do they live?

Now that you know more about what the sea pig looks like and where it got its name, you can find out more about where it leaves. In this section, you’ll learn what part of the ocean the sea pig calls home, and you can also find out just how easy or hard it might be to glimpse one for yourself.

Is it a deep sea pig or does it live near the surface?

This creature lives in the deep sea, nowhere near the surface. In fact, it can usually be found between three thousand and six thousand meters down into the ocean. It lives on abyssal plains in the Indian, Pacific, and Atlantic Oceans and walks along the bottom looking for its favorite kind of food—sea scum. It gathers this scum by sucking it out of the mud on the ocean’s floor, and sometimes it feeds off of the corpses of large animals that have died somewhere higher in the ocean and fallen down to its level.

Is it hard to see sea pigs without special gear?

Although the sea pig is big enough that humans can easily see it by looking at it without a microscope or other gear, it lives so far down in the ocean that it’s likely you will never see one. Some aquariums do have sea pig specimens on hand, though, so there’s always a chance you could find one at an aquarium with a section devoted to deep sea creatures.

Are there a lot of deep sea pig fish, or are they small in number?

There are lots of sea pigs in the world, and they are not endangered at all. Sometimes, when scientists locate groups of them living in the depths of the ocean, they find up to six hundred sea pigs in one location. Just to add to the strange appearance of these animals, sea pigs usually all face the same direction when they’re together in a group, like a school of fish. This can be a weird sight down deep in the sea!

Sea Pig: What makes it so special?

Okay, so the sea pig isn’t really a pig, and it lives in the ocean’s depths. But there’s still more to learn about this exciting and interesting creature! Why is this sea pig an important part of the ocean’s ecosystem? What does it really do for the other animals and the environment down there? If it walks along and eats out of the mud, does it really play an important role at all? Read through this section to find out more about the crucial part this creature plays in its surrounding environment.

What role does the sea piglet play in its ecosystem?

Sea pigs are scavengers, which is a crucial part of any ecosystem. Have you ever seen a vulture helping clean up something that has died out in nature? Sea pigs do something similar. When an animal or fish dies and falls down into the ocean, sea pigs help clean it up in no time.

How does it contribute to sea life?

The sea pig also helps increase the oxygen levels in the water deep in the ocean. It eats mud that isn’t very highly oxygenated and processes it through its body to add more oxygen to it. Doing this makes it easier for other animals to live in these deep waters—and it makes life for the sea pig a little better, too!

Is the sea pig animal an important creature?

Absolutely! The sea pig does a lot to contribute to its surrounding ecosystem. It also tends to play host to a lot of different types of parasites, including baby king crabs, which hold onto sea pigs for protection until they get big enough to take care of themselves. Some other creatures may also cling to the sea pig for a mutually beneficial reason or simply in the search for a parasitic host. Either way, the sea pig gives a home to more creatures than you may realize.

Learn About The Spectacular Sea Pig!

Did you learn a little bit about sea pigs? There’s a lot to uncover when you’re getting started educating yourself about these fun and quirky little animals, so take your time and research more if you want to find out fun facts about them too.

And if you’ve never seen a sea pig even in a picture, now’s your chance! Check out these exciting and interesting pictures of a sea pig to help you get a better idea of what they look like. This way, you can really see for yourself why they’re called pigs and just what they look like while they’re doing their job on the bottom of the ocean floor. 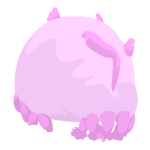 SeaPig.net is committed to offering you awesome online resources concerning this stunning sea creature, Scotoplanes globosa, or normally known as the Sea Pig.

We’ve taken care of all of the background work exclusively for YOU: the frustrated, wannabe Sea Pig devotee who needs a fantastic location on the internet to learn more about this unusual and wonderful beast!

Get the best Sea Pig posts on the net today on SeaPig.net, and remember to share us with your friends and family! Thank you for dropping by our website!